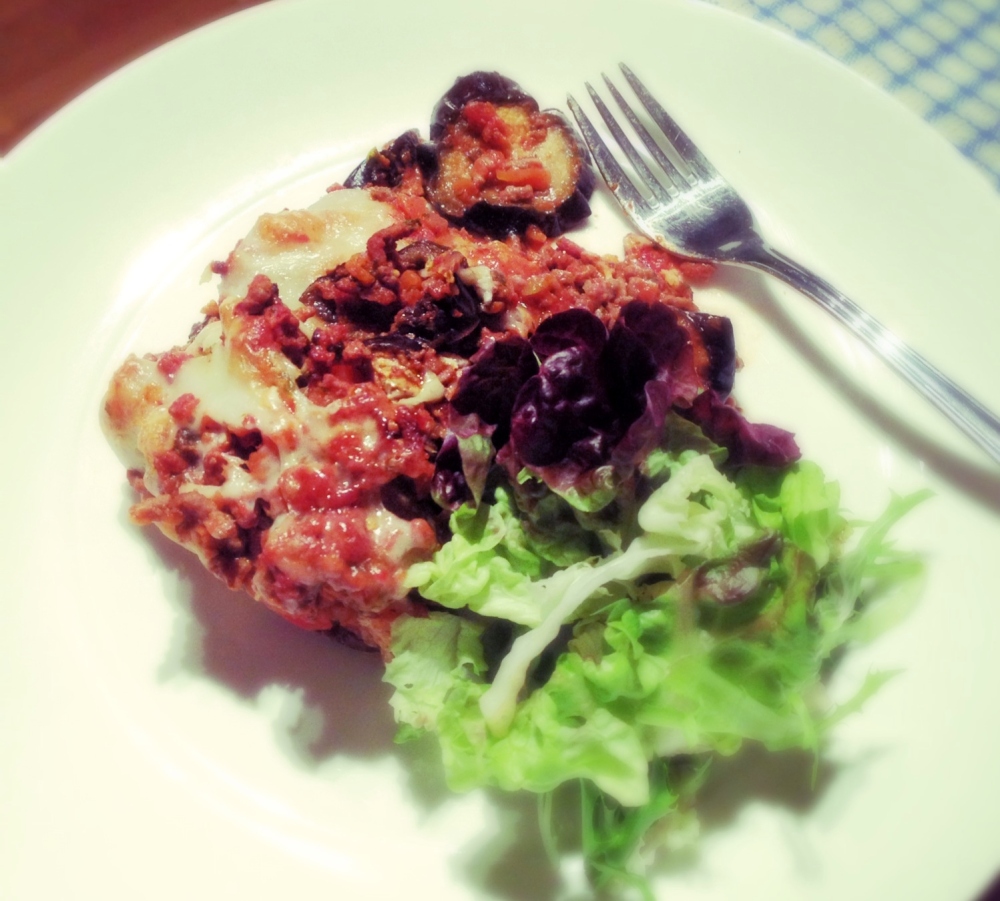 It’s been a crazy few months in our house – hence no blog posts for a while. Since June, we’ve managed to move house, move schools and start on the pump, so both cooking and blogging have taken a back seat. This recipe is the result of running out of time and discovering that shortcuts can be surprisingly good.  It’s almost a moussaka, because I started with the best intentions, following a recipe from bbcgoodfood.com. I’d got as far as roasting the aubergines and simmering the mince, but then it was school pick-up time, and once the kids got home, I quite frankly couldn’t be bothered with the potato layers and yogurt topping. So it’s ended up as a low-carb, lower fat alternative, which can’t be a bad thing.  Serve it with some strips of warm wholemeal pitta bread on the side to dip into the mince if your kids need some starchy carbs.